Week 6: The Bringer of WAR!

As in MARS, from Holst’s famous “The Planets,” of course, conducted by no less a personage than Jason Weinberger, conductor of the Waterloo-Cedar Falls Symphony Orchestra.

We’ll be at Taft Middle School on the NW side on Wednesday, and it looks like the weather will be much more clement than it was the last time we played Taft. It’s a bit sunny there, but it will be quite cool for July, so don’t be shy! Come out at 7:30, or listen on KMRY radio.

Sunday, we’re at Bever Park, one of the band’s favorite venues. And we have a special treat for you, a prelude concert at 6:30 by Die Tiefen Keller Kinder! My German is rusty (nay, non-existent), but that translates roughly as The Deep Cellar Children. If you’re as intrigued by that as I am, you’ll be there right at the downbeat.

This week, we’re featuring Keith Hammer on xylophone, playing the ridiculously challenging (and fun) “Helter-Skelter” by W. G. Lemon. Keith is the winner of this year’s Young Artist Competition, and when you hear him on this piece, you’ll know why.

The lineup for the week: 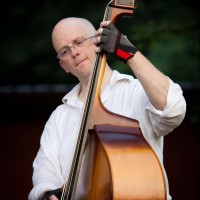