Our original bandwagon was a Wenger Showmobile, purchased in 1959 (the first year the model was manufactured). The Showmobile served the city well for 57 years. But all good things must come to an end, and the bandwagon was no exception. It essentially reached the end of its useful life in 2015, and the city decided to replace it.

The City Band Commission was tasked with creating a capital campaign to raise funds for the new Showmobile, and a committee was created to lead that campaign. We’re pleased to announce that the campaign was a HUGE success! With the kind help of Hall-Perrine Foundation, Rotary Clubs of Cedar Rapids and Marion, the Greater Cedar Rapids Community Foundation, and YOU, the city now has a brand-new Wenger Showmobile!

CRMB will play on the bandwagon for every concert in 2016 (except for 3 July, which is at McGrath). We hope that you’ll come and see what the amazing generosity of the fine people of Eastern Iowa can accomplish.

The Commission would like to thank everyone who helped with the campaign. Members of the committee were:

We are also very grateful to the Parks Department and the crews who work so hard to make sure we are able to play every week in the summer, and especially for their efforts this year to learn the intricacies of the new stage (which is no small task).

Here are some photos of a practice run with the new stage! 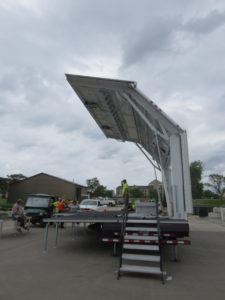 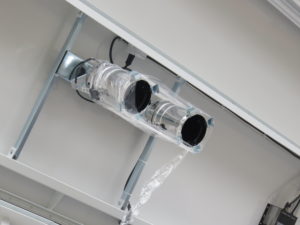 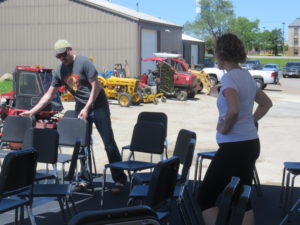